In each of the following groups of words, there are four underlined letter combinations marked A, B, C D. Compare the underlined parts identify the one that is different from the others in pronunciation. Mark your answer by blackening the corresponding letter on the Answer Sheet.

There are 40 incomplete sentences in this section. For each sentence there are four choices marked A, B, C D. Choose one answer that best completes the sentence blacken the corresponding letter on the Answer Sheet.

A. Without B. Rather than C. Instead of D. Inspite of

A. require B. requires C. is required D. that requires

A. When they were doing B. After they have done

C. Having done D. They had done

A. a too kind girl B. too a kind girl

C. too kind a girl D. a gird kind too

A. was being repaired B. was repairing

C. is repairing D. has been repaired

A. graduating B. being graduated C. to graduate D. to have graduated

33. ______ France Viuard an excellent political speaker but she was also among the first members of the populist party.

A. deserting B. deserted C. desert D. to be deserted

A. were not able to help laughter B. could not help but laughing

41. He had to give up ___ the football match because he had his leg injured in the accident.

42. The young people felt that they needed no help from anyone. They were very _____.

43. I hope my teacher will take my recent illness into _____ when judging my examination.

A. regard B. counting C. acD. observation

For each blank in the following passage, there are four choices given below marked A, B, C D. Choose the one that is most suitable mark your answer by blackening the corresponding letter on the Answer Sheet.

The death of a child, _51_ one’s own child, is something the mind can hardly comprehend. It seems to go _52_ nature. The end of a life that is still forming _53_ has just begun is an almost unthinkable cruelty.

But it happens. Parents sometimes must witness the illness death of the children _54_ whom they gave birth. _55_ will ever fill the empty place that the dead child leaves behind. Parents _56_ to die before their children, which is the natural order of life events. When the situation is reversed a child dies _57_ the parents it seems wrong.

Yet we never know why one person dies another lives. But we do know _58_ a child is gone, the parents still have a future, as grey worthless as it may at first seem. Death may take the child, but the love never _59_.

The sorrow after a child’s death is one of the longest hardest type of _60_ to live with. it takes 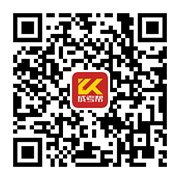